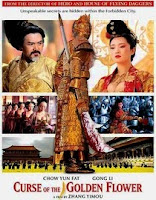 Curse of the Golden Flower (♦♦♦♦♦), Chinese
You know a big conspiracy is cooking when a woman is embroidering thousands of handkerchiefs to be sent out to the four corners of the kingdom. 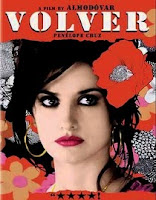 Volver (♦♦♦♦♦), Spanish
Penelope Cruz shines as Raimunda in this Pedro Almodovar’s production. She sings and delivers an astounding performance that seems effortless. It is refreshing to see that the talent that made her set her eyes on Hollywood was there, even after incoherent movies such as Sahara. This film may also be grouped under the category “Endings that I Never Saw Coming”.

Indochine (♦♦♦♦)
This motion picture won an Oscar for Best Foreign Language Film in 1993. This is a sweeping epic delivering unforgettable performances by Catherine Deneuve (The Umbrellas of Cherbourg) and Vincent Perez (Queen Margot). Set in French Indochine, it follows the story of a wealthy landowner (Deneuve) and her relationship with her adopted daughter. Jean Baptiste (Perez) is an officer in the French Navy, with whom Deneuve has a steamy affair unbeknownst to her daughter. In an explosion in the middle of the street, Deneuve’s daughter is supposedly injured and Jean Baptiste rescues her and looks after her injuries. As soon as the young woman sees Jean Baptiste, she madly falls in love with him. Deneuve rejects Jean Baptiste and sends him away so he stays away from her daughter, but the youth runs away to look for him. In the years that follow, Indochine undergoes a civil war until the communist party comes to power and Indochine becomes Viet Nam. 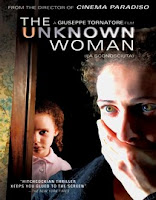 The Unknown Woman (♦♦♦♦), Italian
The underlying story of this movie is the European sex trade and its consequences on the life of the protagonist. Irina, a former prostitute in Ukraine, now resides in Italy where she gets a job as a cleaning lady; by underhanded tactics she gets rid of the nanny of the only daughter of a prominent jeweler. The child rejects Irina at first, but gradually a strong bond between them is formed as the parents are absent most of the time. Then, a man from Irina’s past reappears and threatens to take away things that she holds dear.
For most of the movie it is unclear the reason why she wants to remain in the jeweler’s household, but all is revealed at the end. Powerful yet dark film! 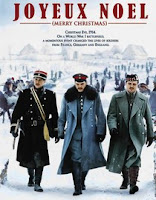 Joyeux Noel, Merry Christmas (♦♦♦♦), French
During World War I, on Christmas Eve, Scottish, French and German troops stop the hostilities for one night to share the spirit of the holiday, sing songs, exchange life stories and celebrate a Christian Mass; but when the enemies discover they have more in common than what divides them, bonds begin to form until news of what is happening at the front reaches high ranking officers. 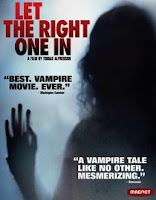 Let the Right One In (♦♦♦♦), Swedish
Mysterious deaths begin to pollute a town in the midst of winter coinciding with the sudden arrival of a young girl accompanied by two men. The girl (Eli), who always hangs out in the playground below her apartment complex, has very pale skin, plays barefoot in the snow and does not wear a coat. At the playground she becomes friend with Oskar, a twelve year-old who is frequently bullied in school. When after gym class in the pool the bullies suddenly appear to do the unthinkable, Eli steps out and saves her friend by showing her true nature.
This film is both haunting and strangely beautiful; despite showing disturbing scenes, those somehow go unnoticed as the friendship between both children deepens. This movie may also be grouped under the category “Endings that I Never Saw Coming”.
best foreign movies foreign movies movies reviews