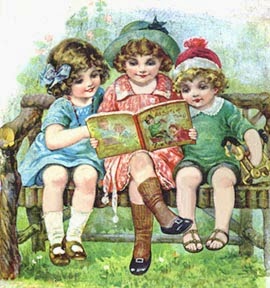 I hadn’t realized until I was compiling this list that most of the book I read this year I rated four stars or higher. That says a great deal about the quality of the books I chose (mostly) from NetGalley. The following is a compilation of the books I read and liked best in 2015.

After Acts: Exploring the Lives and Legends of the Apostles by Bryan Litfin (♦♦♦♦♦): Scholarly and didactic, written in a language easy to understand, After Acts is food for thought and a theological page turner. Also, it doesn't shy away from addressing theological controversies and differences in thoughts.

A Touch of Stardust by Kate Alcott (♦♦♦♦): is a fascinating and meticulous account of the filming of Gone with the Wind. It is an ode to the movies and the magic of movie making, to the glamour and decadence of an age gone by, to the movie stars who were part of it, and to the making of movie history.

Rodin’s Lover by Heather Webb (♦♦♦♦½): reverberates with intensity. I could picture the unfolding story in my mind as if I were watching a movie.

All the Old Knives by Olen Steinhauer (♦♦♦♦): is a solid four until the end, which I thought was so ingenious that I felt tempted to give an extra half star just for it. When it ended I said, wow. It was that good of an ending.

The Jazz Palace by Mary Morris (♦♦♦♦): is an ode to Chicago, to its blue collar heritage, to the glamour and decadence of the Jazz Age and Prohibition era, to the music that defined the early part of the 20th century which had its roots in New Orleans, and the famous and sometimes shady figures that inhabited the city.

The President’s Shadow by Brad Meltzer (♦♦♦♦): Count on Brad Meltzer to concoct a story where fact and fiction intertwine seamlessly and U.S. history is just part of the mix with such outlandish result that could very well be real. With small bite chapters and easy to read prose, The President's Shadow will breeze before your eyes.

The Snow Kimono by Mark Henshaw (♦♦♦♦): has all the ingredients of a Greek tragedy, and a timeless feel, despite the action unfolding circa 1950s or 1960s in Japan. Vintage storytelling gives The Snow Kimono the feel of a modern classic, and in my opinion, it deserves to be one.

The English Spy by Daniel Silva (♦♦♦♦): I always rely on Daniel Silva to administer me a summer adrenaline shot, and as usual, he doesn't disappoint. The English Spy is ambitious and deadly in its plot development as some of the previous installments in the series were before it.

Circling the Sun by Paula McLain (♦♦♦♦): Paula McLain did a remarkable job drawing out the characters—all the British expatriates that lived in Kenya at the time—as well as the place. The Kenya of the 1920s shone under McLain pen, so much so, that it could be considered one more character in the story.

The Shadow Patrol by Alex Berenson (♦♦♦♦): The pacing was steady, the action unpredictable most times, and the characters were fleshed out and credible. As a thriller, this novel was a solid four, but I feel I spent this last week in a war zone, that being the double edge sword that makes me feel torn as I finished The Shadow Patrol.

The Fourth Protocol by Frederick Forsyth (♦♦♦♦): is taut as violin strings and an intricate story made of convoluted subplots, which kept me on my toes as I kept track of every twist. It is unlike anything I have ever read, incendiary and frighteningly plausible to the point of being timely and prescient.

Angels at the Gate by T.K. Thorne (♦♦♦♦): is absorbing, a page-turner. It reads like an ancient text and benefits from a rich and complex biblical tableau.

Ophelia’s Muse by Rita Cameron (♦♦♦♦): The affair between Lizzie Siddal and Dante G. Rossetti is the ultimate testimony of two people that are destined to bring the best (and the worst) in each other…If you want to imagine how all may have happened, then read this book. Otherwise you can save yourself the heartache and the madness and head to Wikipedia. I did both and felt richer for it.

Slade House by David Mitchell (♦♦♦♦): Mind-bending, with echoes of Neil Gaiman's Coraline, but darker in tone, Slade House manages to keep an original touch… An eclectic mix of the modern and the gothic gives birth to this devilish Halloween fairy tale for adults.

Muse by Jonathan Galassi (♦♦♦♦): Absorbing, amusing at times, addictive, and erudite (I had to consult the dictionary every two seconds), Muse is an insider's look at the publishing world, taking place in a fictional publishing house, probably not all that different than real ones in the business.

Playing with Fire by Tess Gerritsen (♦♦♦♦): captured my imagination as much for the modern (medical) mystery as for the parallel account of the violinist before and during the war. Most books treating this topic go on at length, so it is remarkable that Gerritsen managed to write such a powerful story in under 300 pages. I cared about all the characters and their fates.

Inside the O’Briens by Lisa Genova (♦♦♦♦): is as much a medical tale… as it is about…how devastating the diagnosis of an incurable, fatal disease is for patients and their families…I had to take breaks from reading every once in a while because the story is overwhelmingly heartbreaking and I became emotional several times while I read.

Concussion by Jeanne Marie Laskas (♦♦♦♦): is a provocative reading on many fronts; it speaks openly about race and discrimination as Dr. Omalu has experienced them. It denounces front and center the manipulations of the NFL to keep Congress, the public, and particularly active and former football players from finding out the brain damaging effects that derive from playing football on a regular basis. It speaks of how scientific research may be corrupted when is sponsored by organizations related to the field of inquiry.
bestselling authors bestselling books books read in 2015 books reviews