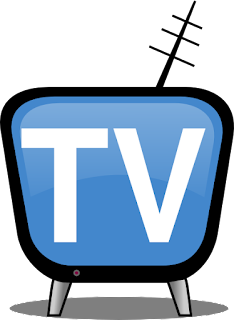 This year 2017 my entertainment calendar was filled with amazing TV series, newly released and old fan favorites. Since I did not watch TV for many years, I missed a great deal of what was out there; I’m starting to catch up, though that means less time for reading as I devote my weekends to watching movies. I hereby give a monthly overview of the TV shows I watched this year, and my impressions on what made them worth my time. Without further ado, here they are.

May
Pride and Prejudice (1995), (♦♦♦♦♦): I fell in love with this wonderful co-production from BBC and A&E channel. The dialogues sparkle with intelligence and humor, particularly the initial banter between Elizabeth Bennett and Mr. Darcy. Watching Colin Firth and Jennifer Ehle's exchanges, I would have sworn that the love between their characters was there from the very beginning. Lovely music, perfect casting choices even for minor characters, sumptuous estates, and great chemistry among the actors, make this miniseries pure perfection.

June
The Night Manager (♦♦♦♦♦): This AMC/BBC co-production blew my mind away for several reasons. First, it is an adaptation of the John Le Carré novel that had a high-stakes, satisfying conclusion. Second, its exotic locales…the story moved along smoothly between all the settings without losing its cool. Third, the quality of the production was high, with excellent adapted script, and great direction. Fourth, the marvelous ensemble cast led by the amazing Tom Hiddleston and Hugh Laurie had me, from the first episode, hooked on the action and invested in the characters' fates. Fifth, the taut-as-violin's-strings cat and mouse game between the British army vet and the world-class armed dealer had me tethered to this spy drama from the start.

July
Outlander (Season 2), (♦♦♦♦): Lavish houses, manicured lawns, the excess and glamour of King Louis XV court, together with sumptuous costume designs and jewels, and new supporting characters that compare in depth to the ones we already know, make the first seven episodes of Season 2 a feast for the eyes. Even the cover soundtrack has gotten a makeover, with one portion of the Skye Boat song sung in French to suit the setting. As the characters move back to Scotland, the rhythm of drums, pipes, and accordions punctuate the action scenes during the advance of the troops and battles.
Westworld (Season 1), (♦♦♦♦♦): is a series unlike any I have seen—Ex-Machina comes to mind when one is trying to define it. The script is smart and cutting edge, the plot unfolds slowly, though one is trapped in this world from the very beginning. Westworld is whimsical, dark, intriguing, addictive, and uniquely imaginative. It imagines a future where A.I. pass for humans with deeply unsettling results.
The Young Pope (♦♦♦♦♦): The first two or three episodes are irreverent to the point of sacrilege, and outrageously funny, but as the series progresses, the audience experiences the inner journey of a man who is, in many ways, still the boy his hippie parents abandoned at an orphanage when he was nine years old…Initially with tongue in cheek, and subsequently with a healthy dose of pragmatism, the series The Young Pope addresses all the problems facing the contemporary Catholic Church. Jude Law is brilliant in his role, and we love him for it…

August
The Hollow Crown (Season 1 and 2), (♦♦♦♦): Excellent performances, gorgeous locales, and (perhaps) more accessible adaptation of Shakespeare's dialogues… Plenty of action, battles (gore included), political maneuvers, betrayals, heightened by a great script adaptation, atmospheric music, and nuanced performances make this saga a must-see…
The Night Of (♦♦♦♦♦): It is gritty and suspenseful, dark, addictive, and provocative. From the cover music while the initial credits play on black and white nightly scenes, down to the sort of documentary style police investigation, the fear of the Pakistani community for reprisals from the larger society for the alleged crime one of their own has committed, to the violent scenes in prison…Everything in this series conspires to draw you in, meanwhile taunting you with the ambivalence of the situation this young man finds himself in…Excellent performances, especially by John Turturro and Riz Ahmed, solid script, and great direction make this series a not-to-be-missed event.
Silicon Valley (♦♦♦♦): Season 4 of Silicon Valley is just as edgy, irreverent, and as outrageously funny as the previous three seasons…If you like The Big Bang Theory, like I do, you will likely love this series as well because it is funnier, but also Silicon Valley does for computer science what The Big Bang Theory does for the physical sciences: it demystifies the field, and serves as the perfect vehicle to put nerds on the map.

September
Game of Thrones (Season 7), (♦♦♦♦♦): It is obligatory to state the marvelous quality of this production, the excellent weight of the script in each episode, the careful attention to details like how battles are carried out, and how “real” special effects look, and last, but not least, the quality of the international cast that has set a new gold standard for TV series everywhere…In my opinion, Games of Thrones is TV in superlative form, genius at play!
Big Little Lies (Season 1), (♦♦♦♦): I was endeared by the excellent cast, the quality of the production, and the idyllic coastal community with its fish bowl houses that are in themselves a metaphor for the lives on display at the center of the series. I must give kudos to Reese Witherspoon for starring as a troublemaker; she was brilliant, as was Nicole Kidman as the tormented and abused lawyer-turned-full-time-mom…I thought that the two main mysteries at the center of the plot were going to be left unsolved, but, even though I guessed one pretty much from the start, the director did a very good job of creating tension and building suspense so one wouldn’t know until the end what really happened at that fundraiser.

October
Rome (Season 1 and 2), (♦♦♦♦): There is an impressive world-building to this series: the sets, the speech, the characters’ demeanors, and the costume designs. The direction, the script, and the performances, of leading and secondary actors, are commendable too.
Polar Bear Town (Season 1), (♦♦♦♦): a miniseries of six episodes from the Smithsonian Channel, portrays how polar bear season impacts the town of Churchill, Manitoba and its residents, for tourists from all over the world visit the town every Fall for the opportunity of viewing, chronicling, and photographing polar bears up close…Polar Bear Town showcases beautiful photography and amazing stories from people that otherwise would not be known. Excellent viewing experience. Highly recommended!
Mildred Pierce (♦♦♦♦): an HBO/Metro Goldwyn Mayer co-production, is a miniseries about a resourceful housewife in 1930s America… the whole ensemble cast deserved praise for making this production enthralling, though no doubt it helped that the screenplay was very good as was the direction. Kate Winslet was outstanding in the leading role, as were Guy Pierce (as Monty Beragon, Mildred’s ill-fated paramour) and Evan Rachel Wood as Veda Pierce. The latter two received awards for their supporting performances.
House of Cards Trilogy (♦♦♦♦): I had a great time watching House of Cards. Francis Urquhart frequently addressed the audience directly with the intention of making it complicit of his malice. I found Francis Urquhart so entertaining in his Machiavellian ways... Ian Richardson was brilliant as Urquhart. He was the protagonist, but left no doubt that it was his time to shine and did so marvelously.

December
Restless (♦♦♦): This BBC adaptation of William Boyd's spy novel left me confused at first, due to the several name changes and a cast change, which I thought very unwise, for the younger characters… It is a pity that Restless suffered from those technical gaffes, because I found the slow-burning intrigue completely absorbing if somewhat convoluted.
Outlander (Season 3), (♦♦♦♦): Filmed first in Scotland and then in South Africa, Season 3 of Outlander benefits from paradisiac locales both on land and on sea. Lacking an obvious villain, this season does not lack action or intrigue, thanks in great measure by an excellent new cast of characters supported by some of the most intriguing old ones. As the plot moves from Scotland and Boston to Paris, a transatlantic voyage by sea, Jamaica, and finally America, the story moves along seamlessly with nothing short of an epic feel.
TV shows Yearly Best