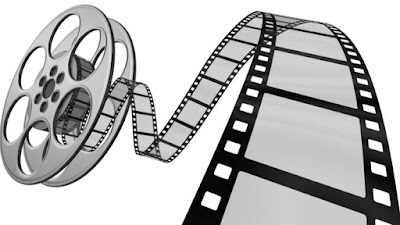 I watched an impressive 65 movies available for rent up to December 31, 2017. Out those 65, I wrote mini-reviews of 27 of them in the feature “Snapshots”, with four more mini-reviews pending—two of them already included here—to be highlighted in two upcoming features.
Since I didn’t visit the cinema to watch the releases that typically make it to the awards shows, I compiled this list based on the movies that were available for rent up to year’s end. I’ll update it between the months of May and June of 2018 when all the award season titles will most likely be available for rent. This list follows the order in which I saw the movies.

A Dog's Purpose (♦♦♦♦): This family drama is a dog-lover dream came true, but, if my experience is any indication, it will make you cry several times during the viewing. The film has heart, and some sugary moments, not many by the way, but you'll likely adore it, as did I.

The Founder (♦♦♦♦): This story on how the McDonald's conglomerate came to being has excellent acting by Michael Keaton in the leading role… The pace, the acting, and the humor, will make you like this film a great deal.

Get Out (with alternate ending), (♦♦♦♦): It’s not one of those slashing horror films so overly abundant in the last decades, but a smart movie that will make you wonder along with the main character what on earth is going on...Get Out is an excellent example of suspense and horror done right.

Beauty and the Beast (2017), (♦♦♦♦): This live-action production of the 1991 animated movie is lavish, star-studded, and with beautiful special effects from start to finish. It doesn’t have the same flair of the 2015’s Cinderella, but Belle is a girl that sets a new standard as Disney’s princesses go, because she is smart and can quote Shakespeare with ease.

The Exception (♦♦♦♦): Beautiful cinematography, taut cat and mouse game between the lovers, and in the search for the spy. Beautiful musical score. Excellent performances by the all-star ensemble, particularly the ones by Christopher Plummer as Kaiser Wilhelm II, and Lily James and Jai Courtney with a wonderful chemistry that lights up the screen.

The Wall (♦♦♦♦): taut psychological thriller about two snipers on opposing sides of the Iraq War in 2007. Visceral game of cat and mouse, raw, edge of your seat action that unfolds at a slow pace...Great editing, noteworthy performance by Aaron Taylor-Johnson.

Everything, Everything (♦♦♦♦): is a classy movie about self-discovery, love and the lengths we go for it. It is adorable without being sugary, with the inevitable teenage rebellion without the angst. Both Amandla Stenberg (Maddy) and Nick Robinson (Olly) are believable in their roles, good looking, and have great on-screen chemistry. On top of all that is an awesome musical score, and great editing since the movie makes its case well in 96 minutes.

Gifted (♦♦♦♦): is one of the movie surprises of this year. It is well acted by the whole ensemble, which is small, but especially by Chris Evans as Frank and Mckenna Grace as Mary. Their on-screen chemistry is off the charts, like a yin-yang relationship. The film keeps the humor light to punctuate the more underhanded scenes having to do with the grandmother trying to split apart Frank and Mary's adorable duo, the court battle, and its heartbreaking outcome.

47 Meters Down (♦♦♦♦½): There's not much of a script, at least not a conventional one, but the darkness, the occasional shark, the tense musical score, the infrequent crackle of the radio, and both Claire Holt and Mandy Moore, particularly the latter, make this film work as the horror it is supposed to instill…Great watch with lights off and no interruptions!

Baby Driver (♦♦♦♦): has a relentless pace, with high speed car chases choreographed to the beat of cool music, dynamic camera work, heists that are rough around the edges (or just plain rough), and good working chemistry by the whole ensemble cast...Overall, this film is great escapism, and a solid entry in the heist genre.

Megan Leavey (♦♦♦♦): is well acted… Add to that that it is based on a true story—both subjects war heroes who saved countless lives as a team over 100 missions in six months during the Iraq War—, with credible, edge-of-your-seat war action, a sentimental journey to adopt the dog...They had me at hello. Needless to say, I cried too.

The Dark Tower (♦♦♦♦): Its cinematography, direction, script—adapted from Stephen King's series—, as well as the editing, are all superb. So is its world building: sorcery and portals through worlds are reminiscent of Doctor Strange, but the comparisons stop there; The Dark Tower is its own movie.

Wonder Woman (2017), (♦♦♦♦½): is a perfect movie. From its female director pulling off the amazing feat of putting together this huge superhero production; the lush feel of the story, somewhat reminiscent of the original Thor; the female, very beautiful protagonist with a skimpy costume whose sex appeal attracts male audiences, while the innocence and brainy mythology of Diana Prince, added to her kickass attitude, appeal to girls of all ages. In Wonder Woman there is a superhero for all.

Landline (♦♦♦♦): I…was pleasantly surprised to discover that [Landline] is very funny in an understated way. This is the second movie that I watch with Jenny Slate in it—the previous one being Gifted—, and I'm happy to say that she is quickly becoming my favorite funny lady…Watch it without preconceptions and you may well have a good time.

The Bachelors (♦♦♦♦): is an understated drama with powerful performances about living with grief and what it takes to mend the heart. All four leads are perfect in their roles, especially J.K. Simmons, whose typical roles are usually guys with sullen attitudes.

Victoria and Abdul (♦♦♦♦½): is wonderfully funny and delightfully entertaining. It highlights class differences in British society without offensive snobbery… It is an artful film that can boast of wonderful, empathetic performances… greatly defined characters… a meaty screenplay that gives the actors room to explore their characters' psyche, outstanding cinematography, direction (Stephen Frears), great locales, and sumptuous costume designs.

Dunkirk (♦♦♦♦): from three vantage points (air, land, and sea), and from the points of view of a limited set of characters, more than a war movie Dunkirk is an immersive experience on the scope and devastation of war. Without the ubiquitous gore, with great economy of dialogues, relying more on the instincts and will to survive of its characters rather than rogue heroics, the ever-present musical score, outstanding cinematography, and direction (Christopher Nolan), are the elements that propel this cinematic gem forward. As the film concludes, one feels closer in understanding to what must have felt to be surrounded by enemy forces, waiting for a mass evacuation on the beach of Dunkirk in WWII.
___________________________ 17


Movies Still to be Watched
Detroit, Logan, Battle of the Sexes, Mudbound, First They Killed My Father, It, Blade Runner 2049
The Killing of a Deer, The Mountain Between Us, Kingsman: The Golden Circle, American Assassin
Honorable Mentions:

Wind River (♦♦♦½): is a slow burning police investigation in a stark winter landscape that is as gritty as they come… The action is punctuated by a haunting, eerie musical score, and even more haunting voice over to Corey's methodical tracking of the unsavory characters that pop up in the investigation. Elizabeth Olsen is impressive as Jane, but it is really Jeremy Renner's…star that burns the brightest in Wind River…

The Glass Castle (♦♦♦½): Child neglect, father alcoholism, betrayal of trust, broken promises, a transient lifestyle, homelessness, and poverty...Those are some of the issues addressed in The Glass Castle, an adaptation of Jeanette Walls' memoir of the same title… While The Glass Castle is not an easy watch… it is a movie worth watching, as much for the singularity of its topic as for the excellent performances delivered by the whole ensemble cast.
2017 movies movies reviews Yearly Best