Snapshots - #40: The Man Who Invented Christmas, The Breadwinner, Thelma 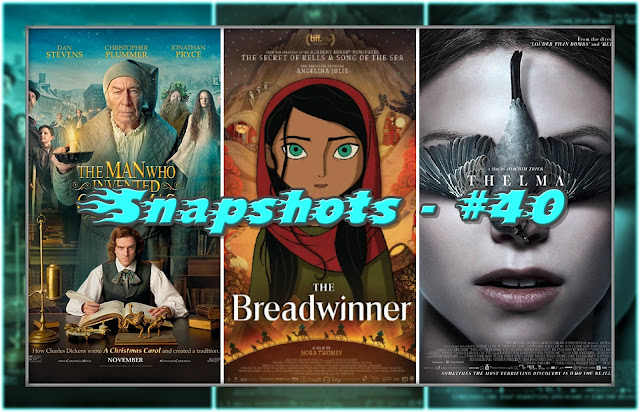 The Man Who Invented Christmas (2017), (♦♦♦♦): In 1843, three flops after Oliver Twist, Charles Dickens (Dan Stevens) was up to his eyeballs in debt, with a child on the way, and in desperate need of a hit. He conceived the outline of a Christmas story, to be released that Christmas, but his publishers expressed doubt; who would be interested in such a thing? Dickens then decided to hire an illustrator and a binder and release the tome on his own. 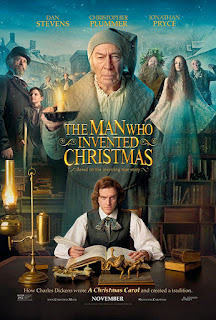 The Man Who Invented Christmas is a delightful, warm, and mostly funny story of the creative process that Dickens must have taken (perhaps) to write A Christmas Carol. Along his relationship with his kids and wife, we also get to enjoy his quirky interaction with a young servant who may have awaken his muse, and the somewhat fractious relationship with his father.


I particularly enjoyed the apparitions of the imaginary Ebenezer Scrooge (Christopher Plummer) and the discussions he had with Dickens about the fate of Tiny Tim and the ending of the novel. Both Plummer and Stevens were adorable in their roles, as was the rest of the cast. 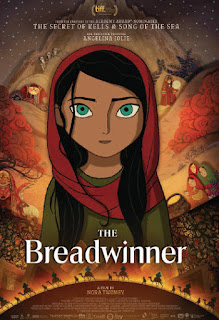 The Breadwinner (2017), (♦♦♦♦): Parvana is an 11-year-old girl in Afghanistan under the Taliban rule. She works with her father at the market, but when he is imprisoned, she is put in the situation of having to provide for her family (her mom, her older sister, and a toddler brother) after she cuts her hair and is fortunate enough to pass as a boy. Telling imagined tales to her family and her friend, who is also passing as a boy, lets them forget, albeit temporarily, the indignities of being a woman under Taliban rule, but soon war will be something else they'll have to endure.

The Breadwinner, a co-production among Canada, Ireland, and Luxembourg, is an animated movie executive-produced, partly, by Angelina Jolie. What this little film lacks in big budget animation, it makes up with imagination and heart, since Parvana's imaginary tales share the screen with her cruel reality. It is a story that could be depressing for the oppression those women endure, yet there is so much fire in those women, so many dreams not unlike our own, so many hopes, that one can do nothing but root for them.


Watch this movie and share it with a young girl in your life. Have a good discussion about it too if you feel up to it, but don't let this wonderful tale pass you by unnoticed. 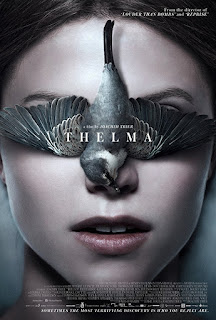 Thelma (2017), (♦♦♦♦): Thelma is a small-town girl who has received a staunch Catholic education—bordering on indoctrination— since childhood. She has gone to study at a university in Oslo, continually keeping in touch with her parents on the phone.


Thelma would like to have friends, but she is basically a lonely girl. All that changes when she meets Anja, whom not only becomes her best pal but to whom Thelma feels increasingly attracted. Coincidentally, Thelma starts experiencing seizures that are medically ruled out as caused by epilepsy. When those become overwhelming, she returns to her childhood home, where she learns long-suppressed secrets, and realizes that if she wants to have a life of her own, she is the one that has to make it happen.


Written and directed by Joachim Trier, Thelma has elements of a psycho-sexual thriller, a-la Black Swan, but it is most of all a great drama with a strong paranormal component. The beautiful visual metaphors, the music, the powerful and at times dizzying lighting effects, the underlying mysteries, the duality of Thelma's personality, and, above all, the magnificent performances, make Thelma a haunting experience that you won't easily shake off.
2017 movies movies reviews snapshots