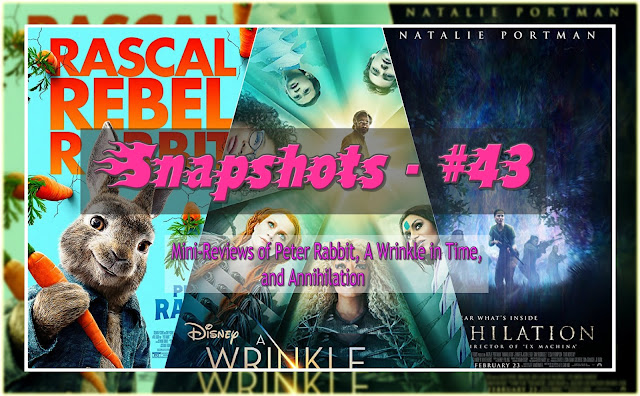 Peter Rabbit (2018), (♦♦♦♦♦): Peter Rabbit (James Corden) uses his sisters and cousin as decoys against old McGregor every time he intrudes in the old man’s garden to steal vegetables. When McGregor dies of a heart attack, Peter Rabbit and all the neighbor animals rejoice, thinking that their worst days are over. From now on, the garden and the house manor will be theirs to hang in. Little do they know that a younger McGregor (Domhnall Gleeson) has inherited the manor and, when it comes to getting rid of country animals, he means business. 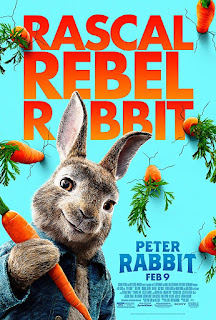 Directed and produced in part by Will Gluck (Easy A (2010) and Friends with Benefits (2011)), Peter Rabbit is a hysterical and delightfully animated tale based on Beatrix Potter’s cast of characters to whom a star-studded actors ensemble lend their voices to achieve one of the most accomplished comedic successes in animated format, or any other format for that matter, to see the light in a long, long time.


The film is light yet edgy, and never forgets that its target audience is kids, though it will most assuredly appeal to adults as well due to the intrinsic love triangle at its heart between Peter Rabbit (James Corden), Bea (Rose Byrne), and Thomas McGregor (Domhnall Gleeson)—Peter Rabbit and McGregor fight with all they’ve got for their right to keep Bea in their lives (among other things).

It is sobering to be reminded that comedy can be simple without being simplistic, and hysterical without the raunchiness that has permeated the genre. Peter Rabbit is a testament that tasteful humor has universal appeal. However, it is a pity that it takes an animated tale to remind us of that fact. 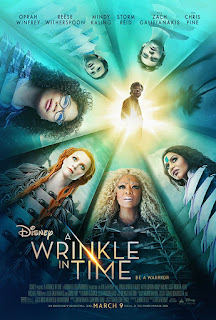 A Wrinkle in Time (2018), (♦♦♦): On the fourth anniversary of the disappearance of NASA scientist Dr. Alex Murry (Chris Pine)—who discovered a way to travel through the universe using wrinkles in the space-time fabric, dubbed tessering— three light beings manifest to his kids, Meg and Charles Wallace, with the intention of tessering to the part of the universe where Dr. Murry may be. Easier said than done, however, for Dr. Murry is trapped in a planet called Camazotz, home to a purely evil energy called IT, which threatens to consume the universe if light and hope is not restored.

This Sci-fi/fantasy adventure is visually beautiful and wildly imaginative. These elements are evident in the lavish costume designs and makeup, the stunning sets and locations, and the big budget special effects. Also, in that they were able to attract artists of the caliber of Sade, Sia, DJ Khaled and Demi Lovato to perform the soundtrack songs, as well as another four bona fide stars—Chris Pine, Reese Witherspoon, Mindy Kaling, and none other than Oprah Winfrey, to star in.


However beautiful this production is, it is too New Age-esque for its own good, in other words, it lacks universal appeal. I doubt that young audiences were able to fully grasp the scope of the plot. I liked A Wrinkle in Time just fine but was a little underwhelmed considering my anticipation to watch this film. Technically it checks all the right boxes. The plot, however, needed pizzazz.


Favorite quotes:
[Mrs. Whatsit]: ‘We can’t take any credit for our talents. It’s how we use them that counts.”


[Mrs. Which]: “Do you realize how many events and choices had to occur since the birth of the universe leading to the making of you...just exactly the way you are?”


[Mrs. Which]: “The only thing in the universe that travels faster than light is the darkness.”


[Mrs. Which]: “We’re in search of warriors who can fight the IT. Who can bring hope back.” 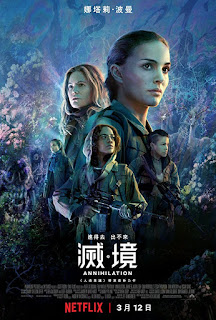 Annihilation (2018), (♦♦♦): Three years ago, an extraterrestrial event stroke Blackwater National Park. The phenomenon, of an unknown nature, has been growing ever since. Several army units have gone into the zone, dubbed ‘The Shimmer’, to investigate. Of all those people only one has returned, Sargent Kane (Oscar Isaac), infected by an unknown malady—a plague or a virus of some kind.


Lena (Natalie Portman), Kane’s wife, was also once a soldier. Now, a civilian, she teaches cell biology at John Hopkins. When Kane returns home with hardly any answers, unaware of the time he has been missing, and starts experiencing seizures and bleeding profusely, both, Lena and Kane, are escorted to an undisclosed location: the closest entry point to ‘The Shimmer’. Lena is vetted for a mission and, along with four other ladies, a mix of army hands and two scientists, venture into The Shimmer. What they find confound them. What is the true nature of ‘The Shimmer’ or its purpose? 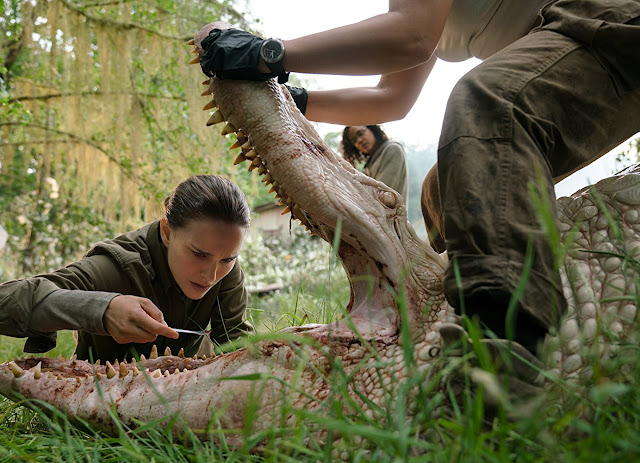 
With beautiful photography, special effects, and eerie, almost jarring music that enhances the sense of dread, Annihilation is a slow-burning, endearing mystery/thriller in an intriguing format. The movie unfolds in a long interview, with Lena, having returned from The Shimmer, answering questions—interspersed with the action scenes—about what happened to the rest of the team and what they saw inside.


The film is divided in three parts and the audience witnesses what happens along with the characters, which makes for a frustrating but satisfying experience. What they found confounded me. I think I got the ending, or at least its highlights, but it seems that the story has a sequel; I hope one is at least in the planning stages.
2018 movies movies reviews snapshots