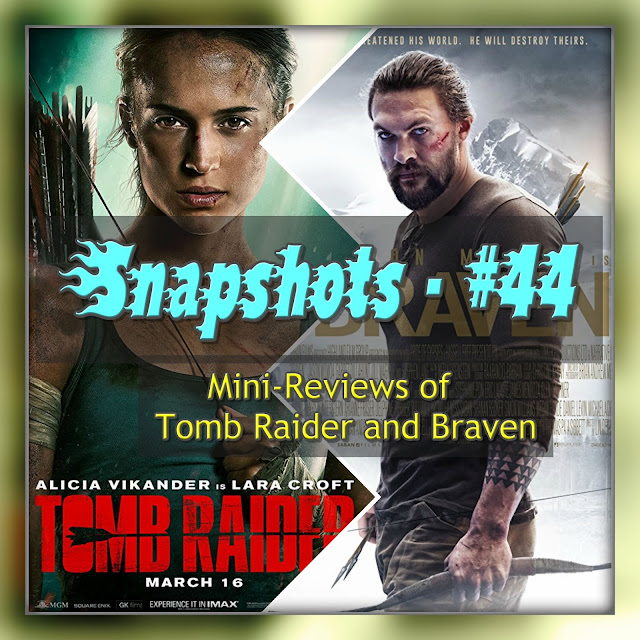 Tomb Raider (2018), (♦♦♦): Richard Croft (Dominic West), Lara’s (Alicia Vikander) father, disappeared seven years ago while searching for the resting place of a legendary queen on an island amidst the Devil’s Sea, off the coast of Hong Kong. When Lara goes to her father’s lawyers to sign off the papers to render him officially dead, she is handed a Japanese puzzle that contains a coded message, his last. On her father’s tomb, Lara discovers a secret chamber that harbors all his papers. He has asked her to destroy them. She does not, and so she reads them and embarks on the same path her father took all those years ago. What she finds may alter her fate as well as the world’s. 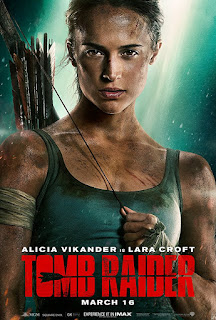 
Alicia Vikander doesn’t show much emotional depth in this film, or looks very convincing as a leading action heroine, but the problem lies in the screenplay and not so much in her portrayal. After all, she gave outstanding performances in Ex-Machina, The Danish Girl, and The Light Between Two Oceans (See Snapshots - #14). 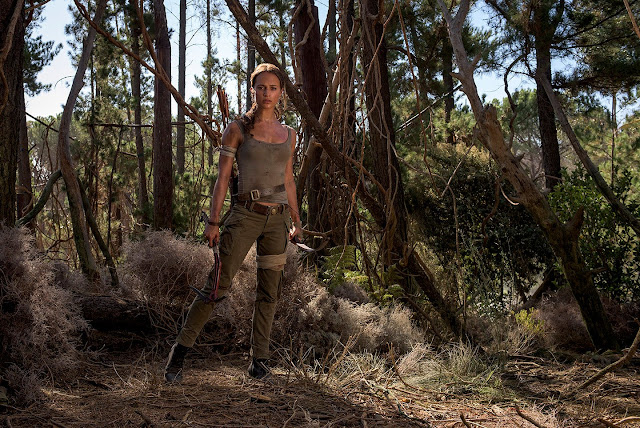 The photography is beautiful but the mystery is not a compelling one and, to be honest, we don’t care about these characters, probably because we hardly know most of these actors and they don’t show good chemistry working together. If successive screenplays are solid enough, it’s possible that this franchise finds its footing. Alicia Vikander may become a credible kickass action heroine yet and we may care about her fate and adventures. We are not there yet. Not by a long shot. 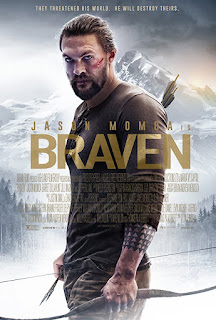 Braven (2018), (♦♦♦): Joe Braven (Jason Momoa) is frequently away from home and family due to his work at a logging company. On his most recent trip home, Joe gets into a nasty fight at a local tavern trying to fend off his father’s attackers. The friend doctor who tends to them at the hospital tells Joe that his father’s lapses in memory (the reason for the fight) are becoming ever more common, thus, it is imperative that his family makes arrangements so that Linden is under constant supervision.


Stephanie, Joe’s wife, suggests that Joe take Linden to a cabin they own in the Blue Mountains for a brief stay and a heart to heart conversation. Next morning, father and son arrive at the cabin, finding, upon closer inspection, a large stash of heroin in the back room. Soon, the drug traffickers the drug belongs to arrive at the cabin’s vicinity with a shootout in mind to retrieve the cache. Thus, both Braven men must stand their ground if they want to stay alive. 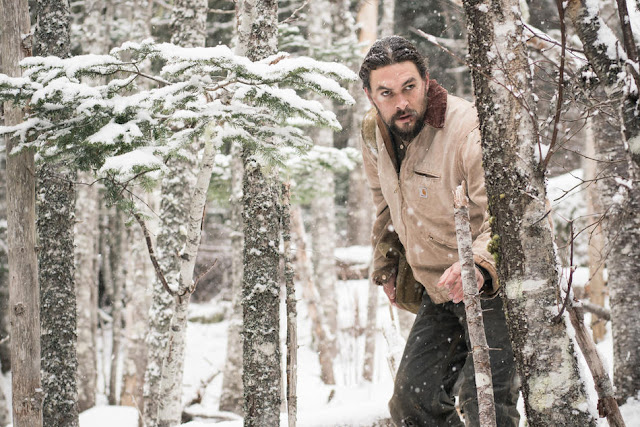 In Braven stars Jason Momoa (Khal Drogo of Games of Thrones and Aquaman of Justice League fame) in the leading role. Jason Momoa is well suited for action movies due to his imponent physique; he looks like a guy whose punches may do some damage, and that is exactly what this film requires.


The family drama injected into Braven—Joe’s dad’s memory deteriorating after a traumatic injury—doesn’t feel authentic and it is somewhat overacted, but as soon as the movie focuses on the action/thriller that is supposed to be, it works very well. There are a few too many coincidences and right timing character appearances for Braven to be taken seriously, but, running at only 93 minutes, it doesn’t feel like one has wasted either time or the rental price; one gets enough mind-numbing action and grit for the money.

It is too bad that such beautiful introductory credit scenes and outstanding photography has been wasted on this mediocre film. However, the stark wintery scenes with the occasional shots of wildlife somewhat elevate Braven above other movies of its kind.
2018 movies movies reviews snapshots