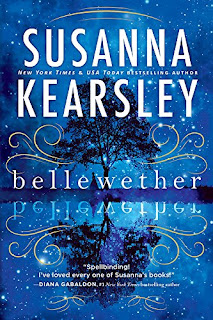 In 1760, during the Seven Year’s War, the Wilde family—led by Zebulon Wilde (father), Benjamin (son), Joseph (son), Lydia (daughter), and Violet (domestic slave)—take on two French lieutenants, prisoners of war, on parole of honor until they are exchanged for their British counterparts. During the months that the French officers stay in the Wilde home, the family’s lives are upended, for Joseph Wilde has not long ago come back from the same war bearing psychological scars after witnessing his best friend killed in battle.


Both French officers couldn’t be more different from each other: Lieutenant de Brassart behaves as if he had been a God-sent gift to the family, while Lieutenant Jean-Philippe de Sabran understands the burden they are on this family, and behaves accordingly, befriending them, helping the men in daily tasks, and even falling in love with young Lydia Wilde.


In modern day, Long Island, New York, Charlotte “Charley” Van Hoek has recently moved to the small town where her late brother lived, to care for her niece until she comes of age and can inherit. Charley is working at a local estate museum—the Wilde House, which has been donated to the town and is under renovation to restore it to its former glory. Charley, with opposition from some members of the board of directors, wants to incorporate legends surrounding the family to the museum exhibits, for not much, if at all, is known about the remaining Wilde family members, except Benjamin Wilde who was a hero during the American Revolution. A museum ghost will come very handy in setting the facts straight and leading Charley on a path of discovery.


This is the eighth novel I have read by Susanna Kearsley, and it pains me to say, it is my least favorite. It started off intriguing; it seemed it was going be a family saga, or the story of a house through generations, and it was in a sense, but I feel there were so many missed opportunities with this novel.


Kearsley could have exploited more the angle of the Seven Year’s War, which she said was a precursor of sorts to the American Revolution. I can see how that was the case. Colonial merchants were getting squeezed with unfair taxation of their merchandise, having to do business only with the British, while British ships were free to do commerce in other ports, circumventing their own laws. Kearsley could have set a story, partly, in one of the forts that endured battle, to give an idea of how violent the conflagration was, how many lives were lost, how difficult the siege and subsequent falls of Quebec and Montreal were for the people living there... but the novel barely touched those angles. Instead, it mentioned those events, in passing, through letters focused on more mundane things. The same was true about slavery. In this matter Kearsley became a bit preachy in some characters’ voices, though it is fair to assume that seeds about the equality of men before God were already sprouting in the minds of British subjects this side of the Atlantic at that point in time. She could have explored this angle in more depth, but she didn’t.


What she chose to focus her story on was the matters that divide families, and perspective. Families were divided over issues of slave owning and their treatment, on where loyalties laid—during the Seven Year’s War, and the Vietnam War (as was the case with Charley’s father who dodged the draft and moved to Canada after his family disowned him). Perspective was explored rather creatively, because while in modern day people assume that a tragedy had happened in the Wilde House involving a French Lieutenant who haunted the property, mourning the death of his beloved and guarding the house’s secrets, in reality we see the story also unfold through the eyes of Lydia and Lieutenant de Sabran, and know that their lives were very ordinary during those months...So ordinary in fact, that it was borderline boring.


I had trouble connecting to the story. Not staying connected, just clinching to the passage where I had left off the previous day. I had trouble with this for several reasons: one, I was very distracted in general; second, I found that the time transitions weren’t smooth enough. The passages involving Lydia and de Sabran followed each other, thus we always knew how the same situation had affected each one differently. Lydia’s voice was in third person. Jean-Philippe spoke in first. Then there is Charley; she wasn’t fully developed as a character. She was mourning her late brother (kind of), had a boyfriend she cared about (kind of), wanted to connect to her estranged grandmother whom she had never met (sort of), didn’t really think about Sam that much but next thing we know they are (kind of) dating.


This is not Kearsley’s best effort by a long shot. It seems she wanted to honor her ancestors but the execution fell flat. The research wasn’t much to start with but it could have sprouted in several interesting directions. Being the gifted writer that she is, Kearsley could have told a rounder story. I guess this one wasn’t entirely in her.


Disclaimer: I received from the publisher a free e-galley of this book via Netgalley in exchange for my honest review. I also bought my own copy.