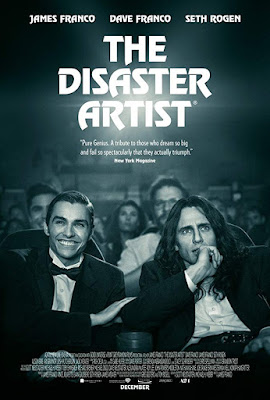 In 1998, aspiring young actor Greg Sesteros met Tommy Wiseau in an acting class in San Francisco. They became fast friends. Four months later, after having promised each other to follow their acting dreams wherever they led, they moved to Los Angeles, film mecca, where all doors remained closed until in 2001, after being rejected over and over and being told he would never be a leading man—that he could make it, if at all, as a villain—, Tommy Wiseau finished his own screenplay for a movie titled The Room, which he also starred in, produced, and directed. The movie was so disastrously successful that has achieved cult status.

With a running time of 103 minutes, written by Scott Neustadter and Michael H. Weber —the writing duo behind the screenplays of 500 Days of Summer, The Spectacular Now, and The Fault in Our Stars—, directed by James Franco, who also stars in the leading role (Tommy Wiseau/Johnny), along Dave Franco (Greg Sesteros/Mark), Seth Rogen (Sandy), Ari Graynor (Juliette/Lisa), Alison Brie, Zac Efron, Josh Hutcherson, and Paul Scheer, The Disaster Artist is a mock reconstruction of how the filming of the cult classic The Room proceeded.

It was a disaster in the making from the start. Tommy Wiseau had a “bottomless pit” of a bank account that funded the filming process, despite his crew not quite believing that a check would go through at the bank. Instead of renting the camera equipment along with the crew, as customary, he bought the cameras without prior knowledge of how to use them, or knowing anyone that did. The script was elastic—always changing, adding scenes on the fly—and not readily available to the filming crew. As director, Wiseau was a diva: he compared himself to cinematic greats such as Alfred Hitchcock, mistreated the crew and spied on them using hidden cameras, and wanted his behavior to be accepted in the name of “his vision”. All would be well when they witnessed the finished product, he assured them. When the film was released, to a full theater, the audience received the movie well, too well, but not in the way Wiseau expected. The audience cheered and whistled to the screen, loving the over-the-top acting and the crazy script, egging Wiseau to kill himself in one scene. It was the most successful disaster ever made. 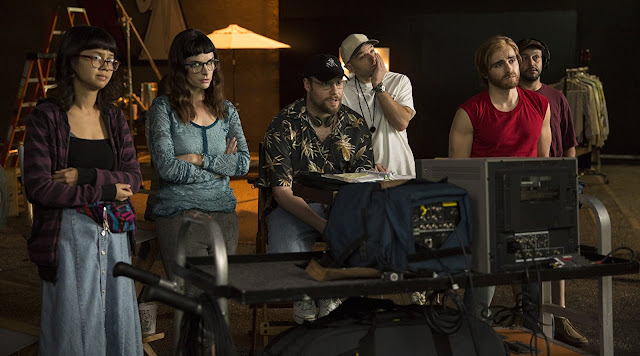 The Disaster Artist is expertly directed. James Franco drew skills from his weighty and not so weighty projects that, combined with a sparkling, outrageously funny screenplay and great acting from all the actors involved—who didn’t take their acting turns too seriously—deliver a movie that is as odd and creative as the material that inspired it. It doesn’t hurt that this film has underlying messages of loyalty, and believing in your dreams enough to make them come true, on your own if necessary, all expertly weaved at the tune of hip music. 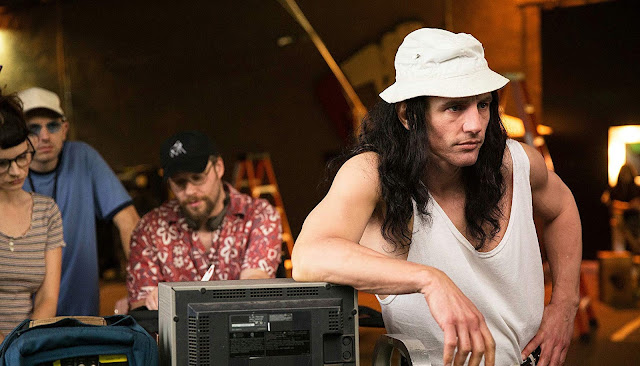 James Franco delivers one of the best performances of his career. His shady, clingy persona, over-the-top acting, and accent that couldn’t-be-placed were to die for. Remember that despite some crude projects of his, and he has done a few too many, he also has award-nominated turns under his belt, such as that in 127 Hours. The Disaster Artist is his second best. Too bad that this movie release more or less coincided with controversy. Dave Franco, “Baby Face”, also gave one of his best performances ever as Wiseau’s friend, Greg Sestero, starring in the role of Mark, particularly noteworthy because Dave Franco is usually associated with more commercial projects—Nerve (See Snapshots - #12), Now You See Me, and Now You See Me 2, for example— and doesn’t have award-winning films under his belt. Seth Rogen was his usual self, funny, but this time without intending to be so. Seth Rogen is proving himself to be a versatile actor; he can do crude, commercial humor, or act convincingly opposite heavyweights such as Michael Fassbender (Steve Jobs) and Michelle Williams (Take this Waltz). He has done animated films as well, successfully so.
2017 movies Dave Franco James Franco movies reviews Seth Rogen