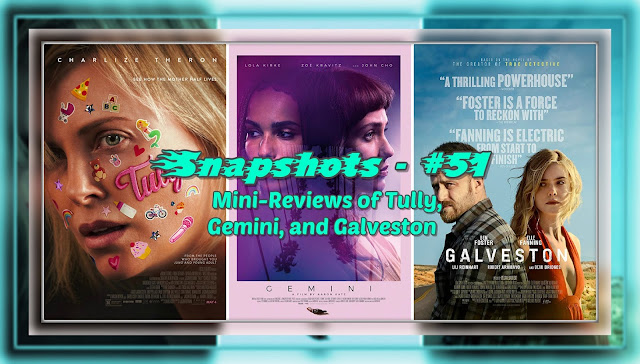 Tully (2018), (♦♦♦♦): Marlo Moreau is a very stressed mother of two young children and a baby on the way. She is tired, she is hormonal, her husband is useless at home—always busy with a demanding job—, and her younger kid, Jonah, is labelled as “quirky”, though that is a severe understatement. Marlo’s brother, Craig, is rich, and gives her an unusual present just in time for the arrival of the new baby: a night nanny. Marlo is reluctant to hire a stranger to do what she must do herself, but life becomes too unmanageable and she calls the highly recommended Tully. 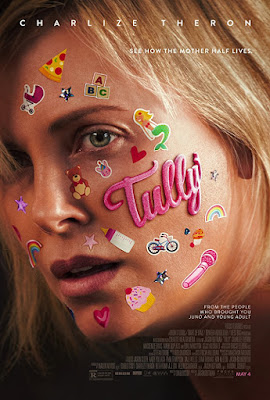 Tully changes Marlo and the family overnight. Suddenly the house is clean. There are baked cupcakes in the morning. Marlo has time to cook fancy dinners, and for a nap between each nursing. However, deep down, Marlo is extremely exhausted and sleep deprived. Little does she know that life is going to catch up with her sooner than expected. 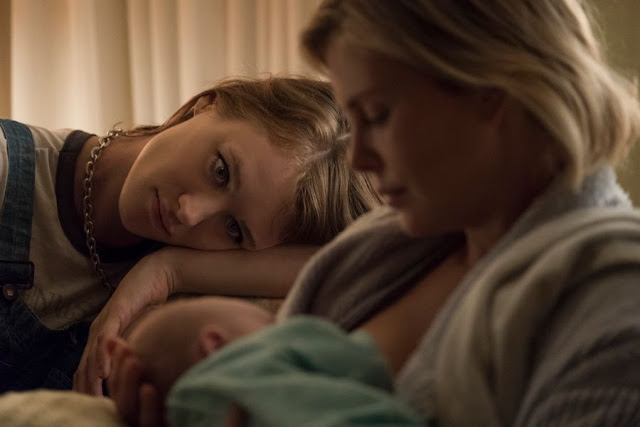 
Tully is meant to be a comedy, and it has its light comedic moments, but works more effectively as a Zen meditation on the joys and undisclosed challenges of early motherhood, such as sleep deprivation, guilt over leaving a new child with a stranger, finding enough time to spend with the other kids, and the problems that arise from having a child with learning disadvantages. Crazy hormones and lack of sex don’t help matters either. Tully has a light, quirky touch and brims with authenticity. Charlize Theron is incredible as Marlo, and so is Mackenzie Davies as the force of nature that is the “night nanny” Tully. 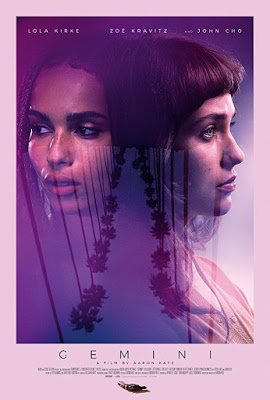 Gemini (2017), (♦♦♦): Heather Anderson (Zoe Kravitz) is a movie star with the problems that usually accompany fame: stalking paparazzi, swirling rumors, obsessed fans, and not too trusty people around. She has recently refused to film a movie, after committing to it, and has broken up with a roguish boyfriend. Jill LeBeau (Lola Kirke), Heather’s personal assistant, is maybe one of the few people Heather can really call friend. Or is she? A shocking crime brings their friendship into question as a relentless detective (John Cho) pursues the truth, while one of them searches for answers in the unlikeliest places. 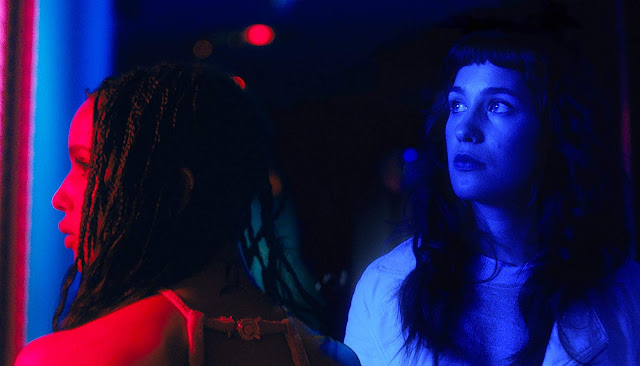 
The guarded performances perfectly suit the story, as the movie is a quiet meditation on friendship, secrets, the many shades of truth, and the dark side of fame. When the story is not focused on the characters, whose personalities are alluring but not too revealing, the movie shifts to occasional showcasing views of the city of Los Angeles, both in daylight and nighttime, and the surrounding hills. 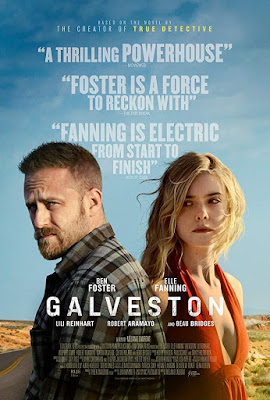 Galveston (2018), (♦♦♦): Roy Cady (Ben Foster) works at a dry-cleaners that is a front business for mobsters. Roy is a hitman. He has been sent by his boss, Stan Ptitko (Beau Bridges), to roughen up a lawyer who seems to have a mind to shake up Ptitko’s business. However, when Roy goes to teach the man a lesson, he finds that he has been set up, is being shot at, his partner has just been killed in front of him, and he is running for dear life. Roy is able to escape, accompanied by a young woman (Elle Fanning) who appeared to have been kidnapped and kept at the house. Now both have to skip town and lay low until things cool off, or he is able to exact revenge, whatever comes first. 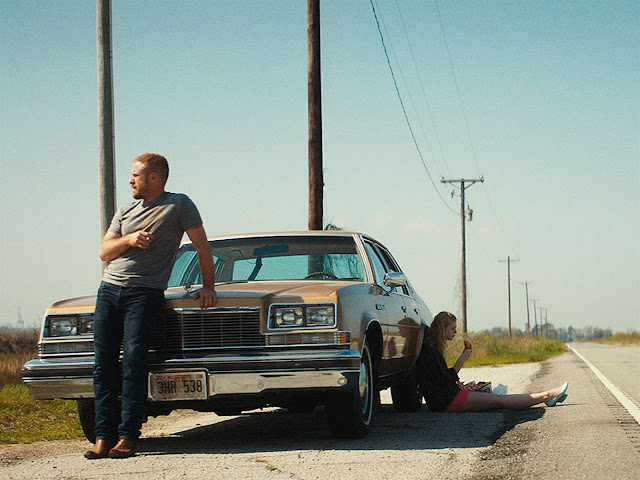 Galveston is a gritty drama—an actual dirt-under-fingernails drama with some rare instances of action/thriller—about life throwing some curveballs, and hard-won second chances that may or may not come to fruition. It is a character study on evil, bad choices, the redeeming power of goodness, and a glimmer of hope at the end of the tunnel. If it sounds dark is because it is. Galveston is actually darker in topic than my plotline reflects, but the journey of these characters is one that should be explored and savored as much for the bad as for the good. Ben Foster and especially Elle Fanning give searing performances. Elle Fanning has given in Galveston her best performance yet in her most adult-like role to date, one filled with daring ferocity and hidden vulnerability.
2018 movies movies reviews snapshots