Snapshots - #52: The Favorite, Can You Ever Forgive Me? 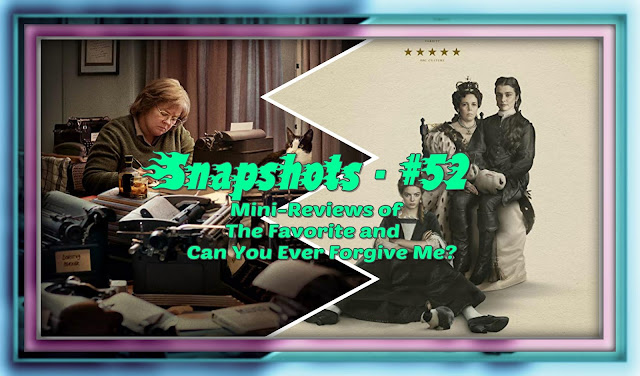 The Favorite (2018), (♦♦♦): In the 18th century, during Queen Anne’s (Olivia Colman) reign, Lady Sarah Marlborough (Rachel Weisz) is the brain behind matters of state while Britain is at war with France and the Queen is mostly confined to her rooms due to one ailment or another. Lady Sarah’s husband is in the war front. Sarah is pushing for a raise in taxes to finance the war effort, while the opposing current in Parliament favors a peace treaty. Lady Sarah enjoys the Queen’s favor, for now, but the arrival of a cousin of hers, Abigail (Emma Stone), a lady whose extended family has fallen on hard times, proves too much of a wedge between Sarah and Queen Anne. 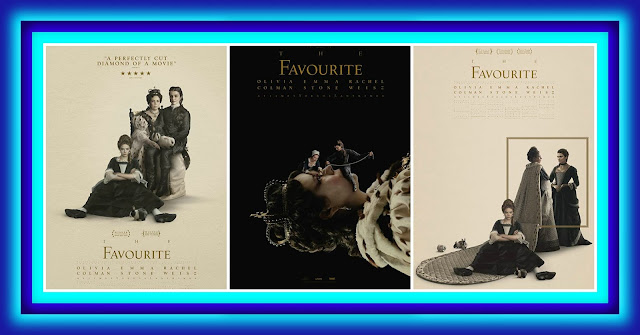 Dissonant musical notes, shrill screams, occasional loud musket fire, and beautiful orchestrated pieces otherwise are at the heart of the sound effects. Beautiful costumes and great set designs. The Favorite is mostly a drama with occasional moments of humor. Clever dialogs suit the calculating, equally interesting female characters. All three leading ladies are magnetic in their roles, especially Olivia Colman, who, at times, has to mimic the physical effects of having had a stroke, which may have been accomplished through fine acting, fine prosthetics and makeup, or a little of both. 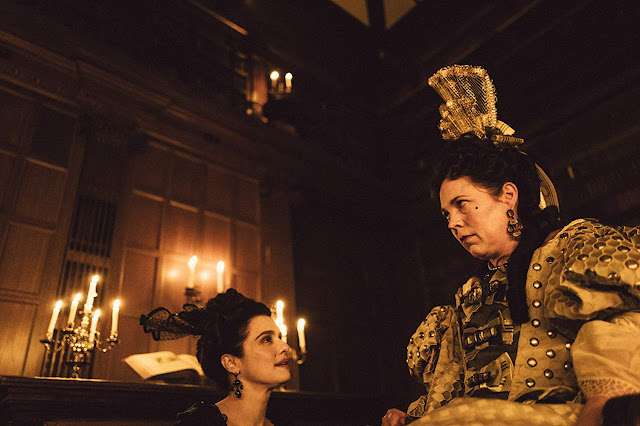 All three ladies may receive acting nods come awards season, but it’s actually Olivia Colman the actress with most chances in this race. 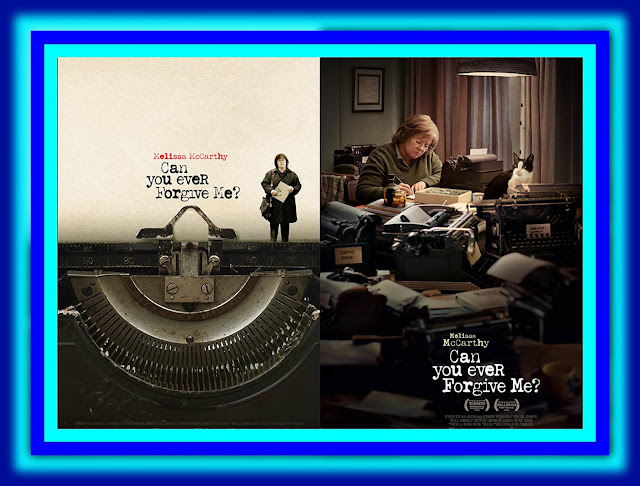 Can You Ever Forgive Me? (2018), (♦♦♦♦): Biographer Lee Israel finds that her biographies no longer sell and she cannot afford to pay the bills. Quite by chance she stumbles on a new source of income: forging letters—or tweaking them, rather—from famous people and selling them to collectors and book store owners who pay cash and don’t ask too many questions. As the demands for her letters increase, Lee finds a new realm of possibilities opening before her. That is, until the FBI catches up with her.


In Can You Ever Forgive Me? the filmmakers take advantage of the sights and sounds of New York City to great effect. They also give the movie a nostalgic flavor, not getting overly sentimental but remaining quirky enough, by underscoring the film with bluesy ballads. 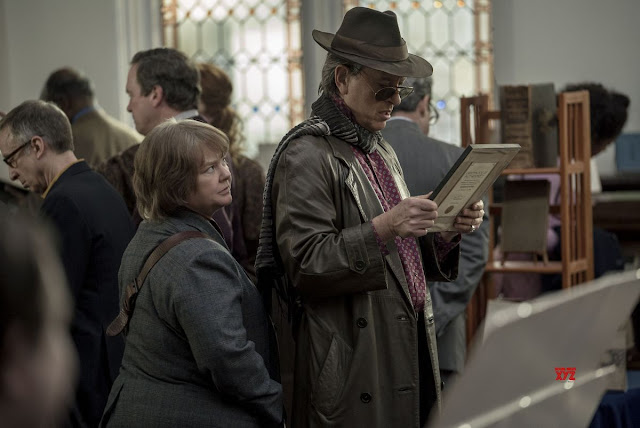 Melissa McCarthy is thus far the leading actress with most chances to win in that category, in my opinion, come awards season—I’m only comparing her to Natalie Portman’s and Olivia Colman’s acting turns yet. Melissa McCarthy has given in Can You Ever Forgive Me? the best performance of her career thus far, in a dramatic role no less. She is passionate and brilliant as letter forger Lee Israel; strong yet vulnerable, and sympathetic despite her crookedness. Melissa McCarthy has imparted her character with so much humanity, such imperfection that suit her so perfectly, that is hard to divorce her from her character.


Curiously, Can You Even Forgive Me? is not just a Melissa McCarthy’s movie but the perfect ensemble of the parts. Lee’s sidekick and partner in crime—sharing confidences, dinners, and the occasional laugh at the expense of NY City’s society—Brit Jack Hock (Richard E. Grant) is an adorable, charismatic outcast who loves to drink and has a caustic sense of humor. The relationship dynamic between these two characters is all the more interesting because Jack is flamboyantly gay, which adds spice to what may have been an otherwise business or casual acquaintance. 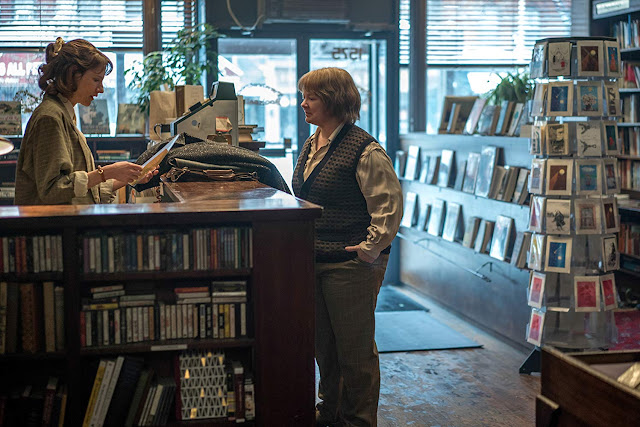 The other corner of this dynamic triangle comes courtesy of Anna (Dolly Wells), a middle age, sensitive bookstore owner that inherited the business from her father and doesn’t share the same passion for it yet she carries on. She carries a quiet torch for Lee, but Lee has difficulty inviting others into her inner circle. As it turns out, Lee takes advantage of Anna’s good nature as well.
2018 movies movies reviews snapshots