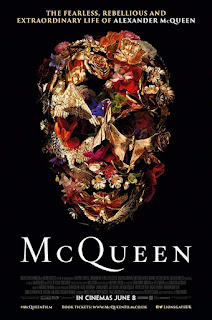 Among the three documentaries I watched this year with early Oscars buzz, namely Three Identical Strangers, Won’t You Be My Neighbor? and McQueen, none was perhaps more justified than in the case of the latter. Pushing the boundaries of what a documentary should look like and the same time erasing them, by making ample use of beautiful visual designs that move to the beat of hip music, McQueen is both a testament in documentary format—with the obligatory interviews with people who worked closely or tangentially with British fashion designer Lee Alexander McQueen, as well as friends, family members, and lovers, who form a picture more or less complete of the tortured genius behind the “Alexander McQueen” brand—and a full-fledged, artistic endeavor. The result of this visionary approach is one that is as unique as the subject at the center of the documentary.


Directed by Ian Bonhôte and written and co-directed by Peter Ettedgui, with a running time of 111 minutes, McQueen is a dynamic and beautiful compendium of images presented with equally dynamic storytelling and camerawork—handheld, dizzying at times. The material is organized chronologically, though not necessarily linearly, divided in five parts (“tapes”), chronicling the evolution of Lee Alexander McQueen as a man and as a fashion designer.


Tape 1 presents a collage of interviews with Lee’s mother, his sister Janet, his aunt, other designers and tailors he got in touch with during the early part of his life, as well as assistants, boyfriends and models. Beautiful music highlighting catwalk images show a professional who pushed boundaries, who was not afraid of hard work, who had strong determination and in-born talent. Tapes 2 - 3 show his evolution during the 90s, presented with avantgarde filmmaking and homemade recordings. Lee started to play with emotions (in clothes and shows). In 1995, his show ‘The Highlands Rape’, which tapped into his Scottish heritage and personal abuse, made headlines. People labeled him a misogynist. 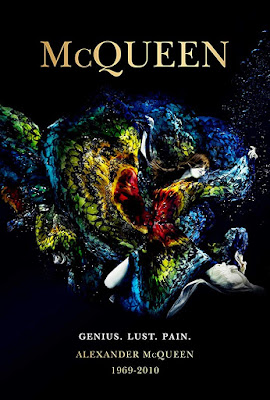 In 1997, Lee was offered to be the Creative Director of Givenchy, after John Galliano moved to Dior. By then his brand was recognized and he had won British Designer of the Year Awards two years in a row. He brought a team to work with him in Paris and the money he earned was put back into his own designer label. In those recordings, he comes across as a grounded guy, funny too, at awe of the transformations he was undergoing professionally. At 27 years of age, at Givenchy, in 1997, he showed his first Haute Couture Collection, ‘The Search for the Golden Fleece’, which was panned by the critics and the public.


Lee’s relationship with Isabella Blow, a former assistant to American Vogue’s Anna Wintour, had, until then, been a sister-brother relationship. Isabella helped his early career and was frequently credited with “discovering him”. He resented that. Isabella wasn’t included in the Givenchy deal and the relationship suffered as a result. Suddenly there was tension between them. After his failure with Givenchy’s show, Lee went back to London in 1997 and organized an impromptu catwalk show titled ‘It’s a Jungle Out There’, with animal makeup and big hairs. The show was a success.


Tape 4. Darkness and artistry grace the screen as much as the artist's work.


By 1997, Lee was living in Paris and London, working for Givenchy and his own label. He succeeded at both. Comparisons with John Galliano emerged, and so did professional jealousy when Lee discovered that Galliano had four times his budget for Haute Couture Creations. In Paris, Lee discovered the softer side of couture and incorporated it into his own creations in London. His show ‘No. 13’ featured robots choreographing around models. He was blown away by it. He was living the dream. He became famous and a millionaire. With the money came drugs; with it came aggressiveness, anger, paranoia... His personality changed. 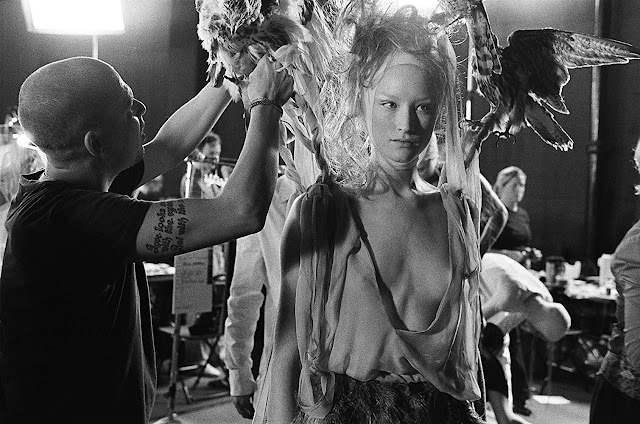 In his show ‘Voss’, in September 2000, there were two-way mirrors. The models couldn’t see the audience. They had bandages in their heads. The show had a voyeuristic feel to it. Gucci offered to underwrite McQueen’s company and give him 50% ownership. He left Givenchy. In the Autumn/Winter 2006 show ‘Widows of Culloden’, Lee again made use of avantgarde visual techniques to convey his message. Kate Moss was converted into an ethereal hologram.


With Gucci, Lee was working fourteen collections a year. It was a lot of work, and by then he was HIV+. It took a toll. ‘Plato’s Atlantis”, in October 2009, Paris, was his last show. He fancied to commit suicide on stage. He was fed up. His show showcased robots, cameras, alien-like models, fish-like designs... It was colorful and revolutionary.


The passing of his mother was the final blow that pushed him over the edge. He was distraught, and on the eve of his mother’s funeral, in February, 2010, Lee Alexander McQueen took his own life.